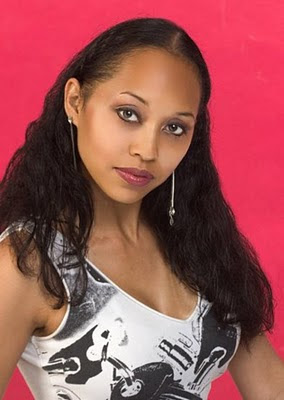 Her beauty is astonishing! It makes you stop and do a triple take. This black woman (pictured above) is more than beauty walking. She is REMARKABLE.

Deliberately placing oneself in dangerous territory can easily be tagged as stupid. In this case, Kimberly Motley is not among the stupid. She is a Rebel sacrificing. Not many of us have her courage.

Popular posts from this blog

April 28, 2011
Royalty is not Cultured Culture is the character of a people’s identity, the good and the bad. Culture at its root –at its alpha- is unblemished…but over time it can be seasoned with moral corruption, irresponsibility and superciliousness. In most cases the true essence of a people’s culture is beyond reproach. That’s if it is not tainted with brutal imperialism and outlandish liberalism. Culture is solidified…permanently footprint-ed in the universe leaving humans with brilliance, integrity, sophistication, and unfortunately with inflated egos and even horrible memories of human hatred i.e. Pacific Islanders were slaughtered by Christian missionaries. Therefore, culture should never drift, die or create a new identity. Culture will remain…with and without its orchestrators when this temporary existence that we refer to as Life implodes. Early this week an associate and I were discussing The Royal Wedding. He let me know with high intensity that I was being shallow when I state
1 comment
Read more

August 06, 2011
http://boycewatkins.wordpress.com/2011/08/05/dr-boyce-why-i-wont-be-seeing-the-help/#more-1888   I read the blog written by Dr. Boyce Watkins (link above) and I have read several of the responses. Once again, black-hyper sensitivity at it is best. Instead of whining about a stereotype we should think about what African American ancestors who were maids would more than likely prefer us to embrace. They played an integral part in the formation of Black America History. A history that’s honorable – and not embarrassing. Not of shame – but of pride and integrity. The job of a maid back before the civil rights act and immediately afterwards was ‘a job’. One of America’s greatest icons, MLK, said this: “If a man is called to be a street sweeper, he should sweep streets even as Michelangelo painted, or Beethoven composed music, or Shakespeare wrote poetry. He should sweep streets so well that all the hosts of heaven and earth will pause to say, here lived a great street sweeper who did
Post a Comment
Read more

February 25, 2010
Egos are deadly. Toxic. Destructive. Al has a big one and Tavis has a gigantic one! Both men are good at what they do. Al is the last of the Frontline Go Getters and Tavis is still evolving. Tavis actually despite popular opinion has worked hard to help black people get to where they need to be: Over the Hump. His State of the Black Union ran its course thus the reason he “abandoned” it. I don’t too much plan him. He did his part. He re-started the dialogue. Challenged us to address our self-induced problems and encouraged us to defeat the American system-generated barriers. Al speaks the conscious of countless blacks. He is relentless in his efforts. Tough in his approach – more than likely not ‘bought’. Owned by an unseen force. He is criticized by many – but no one can take away from what he has done and doing. Unfortunately, both black men are now doing what The Powers can appreciate: Division Sadly, the beef is really over differences of opinion pertaining to President Barac
16 comments
Read more

MUATA NOWE
Muata has been chasing FREEDOM since he was born. He once told a man, “I am a man on a mission to FIND and DEFINE me.” In this ongoing quest and battle, Muata has discovered that life is about living - and not standing still. His lifeline is in his words via commentary. Sometime controversial. Sometime informative. But, ultimately an effort and opportunity to learn. Exposing Christianity by Brian E. Payne can be purchased on Amazon.